Ten (10) deserving couples were selected to experience a VIP appointment at the Vera Wang showroom in New York City on October 11, 14 and/or 15, 2019. During the appointment, couples will be fit for their wedding looks, including a beautiful Vera Wang wedding gown and tuxedo for the groom (Men’s Wearhouse). Vera Wang has brought together her partners to offer a complete bridal experience including: wedding bands (Zales Jewelers), bridesmaid and groomsmen attire (David’s Bridal & Men’s Wearhouse), invitations (Crane Stationery), dinnerware (Wedgwood), towels (Kohl’s), bedding (Revman International), fragrance (Coty) and eyewear (Kenmark Eyewear). One lucky couple was selected to have a one-on-one VIP fitting with the designer herself!

Ruth Marie Wenzel and Sean Shariff Fisher are the lucky couple that will be won a one-on-one VIP fitting with the renowned designer, Vera Wang herself!

Once upon a November night in 2016 SSG Sean Fisher, who I swiped right on, convinced me to meet him at a local spot, in Philadelphia. As I helped myself to his fried shrimp, which he reluctantly shared, I felt something different. I didn't want the night to end. In fact, it didn't really end. We stayed on the phone after we shut the bar down and he drove 40 minutes to bring me breakfast at 5am.

Sean is a 16 year infantryman and combat veteran, of the NJ Army National Guard. He's been deployed four times. He currently trains soldiers who are preparing for upcoming deployment. He's made years of sacrifices to serve this country. I'm a social worker and currently run an adolescent mental health program. We have challenging careers which demand a lot from the both of us. It is through our unyielding love, our childish spirits, endless laughs and wild adventures that allow us to support each other in our demanding public service positions.

In April 2018, Sean was severely burned during a training mission. He spent a week in ICU. It was the scariest time of our lives. I refused to leave his side. One night, I jammed myself in his hospital bed it clicked; this was the person I was going to spend my life with; for sure this is what 'through sickness and health' looks like. Lord knows if he could tolerate me while he was held captive in a hospital room for days, he could surely tolerate me for a lifetime, Right? Maybe that was the pain killers? We quickly learned what it meant to be 'in good times and bad' and 'richer or poorer.'

We took financial hit after hit. This warrior was bed ridden. That took a real emotional toll on him. I tried to do everything I could to
boost his spirits which included beating him relentlessly at Backgammon. Okay, maybe that just lifted mine. It was during these weeks that we fell in love, over and over. 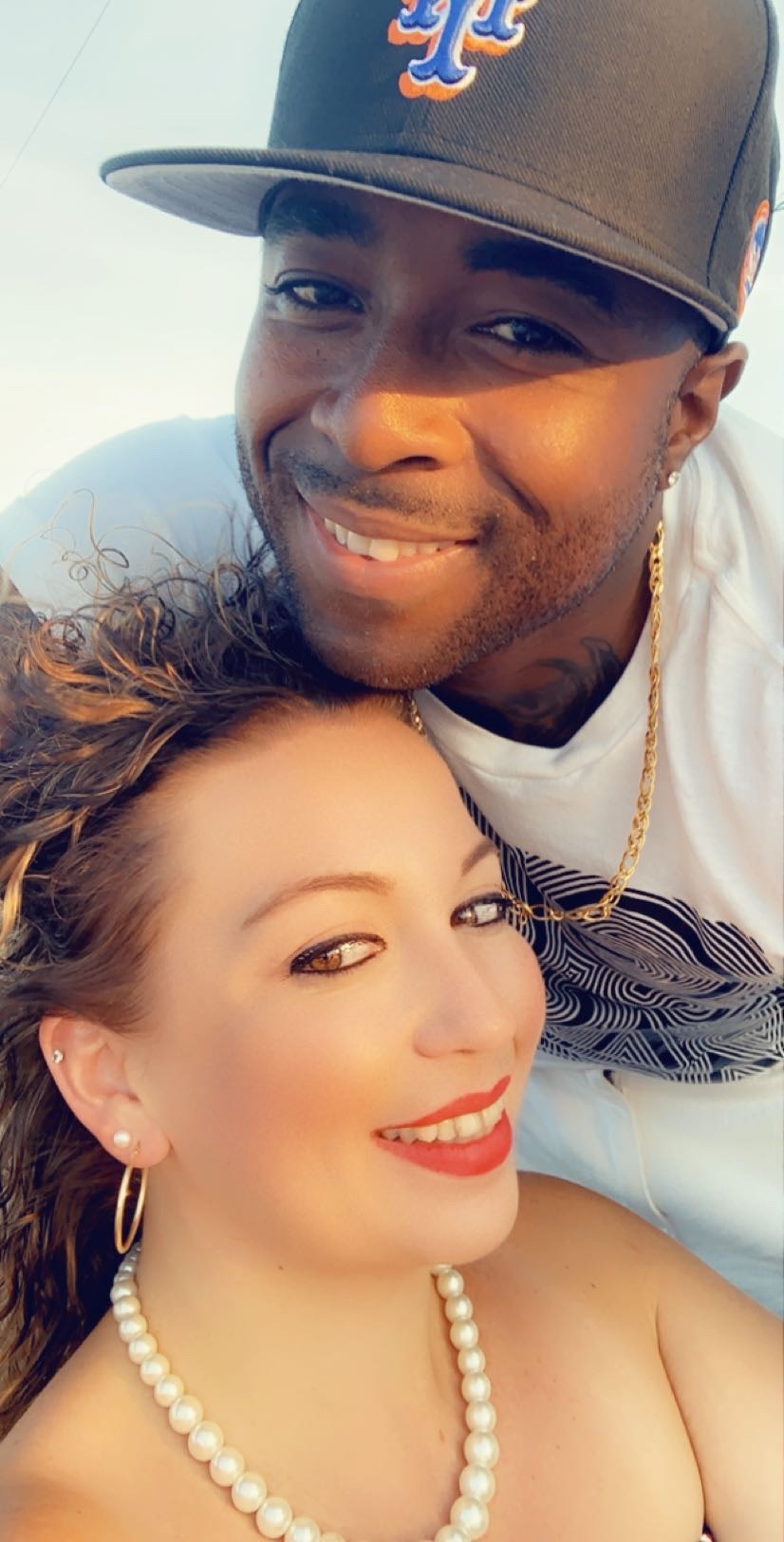 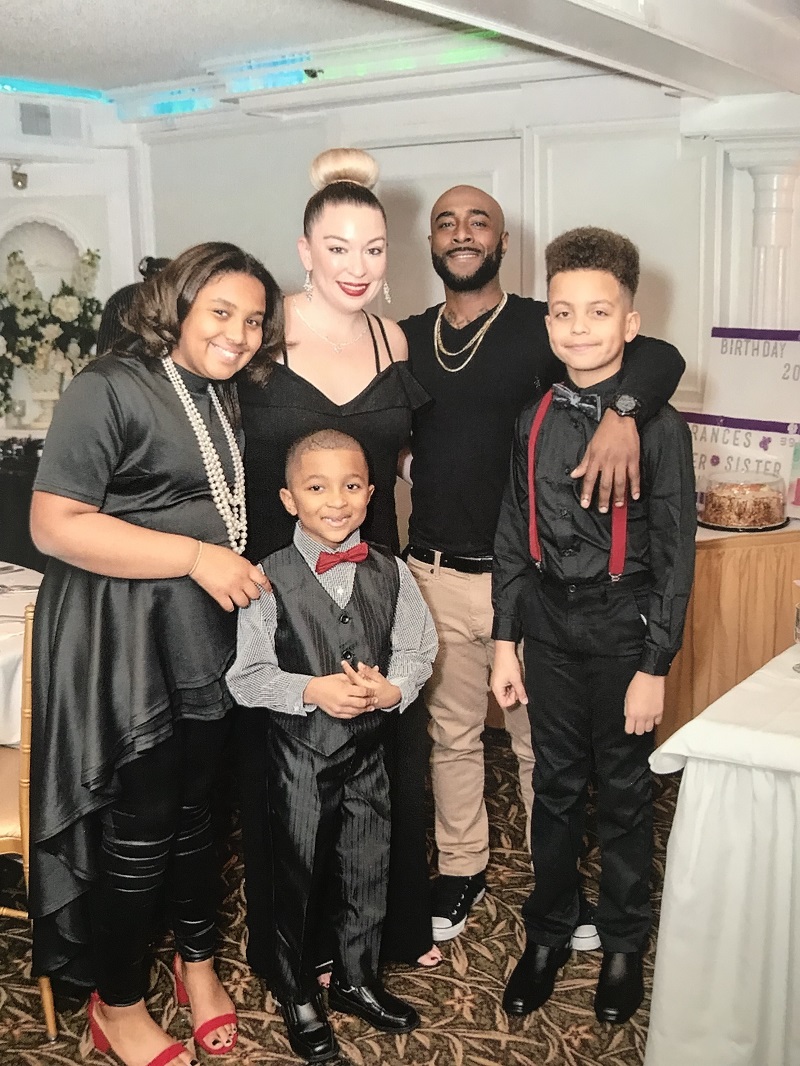 This was for sure the beginning of our happily ever after. Sean proposed in our kitchen. At first that sounds boring, right, but it was the most romantic. He was annoying me while I was on an important call and when I turned around, he was on one knee asking if he could annoy me for the rest of our lives. He later told me he had a whole plan for a public proposal with our family and children, but bought the ring that day, and there was no way he could hold on to it.

We want the Vera Wang experience because the recovery has been long and hard. We're public servants and earn just enough to take care of our 3 children. Sean, who so selflessly has given of himself to our country, and sacrificed so much along the way, deserves a good thing to happen to him; because sometimes good things DO need to happen to good people.

While I often refer to Steve as my 'Dweeb', others know him as Master Patrolman Blanding.  He has been a police officer for over 13 years and a K9 officer for 5...  Previously, his hats included Captain of New Castle Fire Department, Rescue Swimmer for the Piscataqua, and EMT.  All of this paints quite the badass picture, which is hilarious if you've met him.  In high school, we met through mutual friends and I had a crush.  Little did I know, he told a friend that he would marry me someday.

My finance, Jason, and I met in 2011 as freshmen in high school. Immediately we shared an infatuation with each other. It wasn't until junior year we decided to see where life  would take us. Senior year, Jason enlisted in the National Guard, soon after I enlisted as well. Over the next few years we spent many months apart. Jason took on extra trainings that brought him all over the world, I balanced my military career and education.

An ear-piercing alarm accompanied by the sound of crashing waves against my girlfriend Victoria's home-door and the sound of her four children screaming woke her and me up from our comfortable sleep. A Flood Warning was in effect, according to our cellular phones. As I opened the front door -- expecting to be met by a would-be burglar -- I was instead hit with a wave of water that rushed into Tori's living room. My military training kicked in as I felt a sense of calm envelop me despite the emergency that was unfolding.

My fiance Jared, and I met through my younger brother back in February of 2016. My fiance was my younger brothers supervisor when they served in the military together (my fiance is still in the military). Initially, I wanted to focus on graduate school and not dating, but he eventually wore me down! We lived 3.5 hours away from one another, yet he planned the date and made it to our date just in time, despite the awful Atlanta traffic. He drove over 200 miles to make it to our first date at Piedmont Park;

Our story began 3 years ago, at Respiratory Therapy school for the military, when I first laid eyes on this gorgeous blonde woman wearing an Army Uniform on my way to class, she was getting her books out of her locker and talking with some fellow soldiers, when she glanced up at me and I fell hard, her eyes were the most beautiful I had ever seen, I knew I had to talk to her.I didn't get my chance to talk to her till 2 weeks later when I stumbled into the breakroom during a class break and there  she was.

Michael and I met at a neighborhood bar. He came up to me and we had an immediate attraction. An hour into our conversation, he let me know that he was moving in two months to attend school and become a black hawk pilot. I was about to begin Grad school in Austin at that time. My Birthday was the next day and he asked me if I had any plans. I said no and he took me out to dinner for our first date on my Birthday.

Hello, my name is Christy and my partner's name is Ashley. We have been together for 12 years. We have two children together ages 11 (Jay) and 2 (Aburii-Rose). Ashley is active duty in the Air Force and has proudly served her family and our country for the past 13 years. She's a multi-veteran of Iraq and Kuwait not to count the endless separations she has had to take from her kids. Ashley does everything she can to provide for our family.

My husband and I have been married a year but never had a wedding. We got married at the clerk due to my illness. I have an incurable stomach illness that has put an immense amount of stress on our family. I am currently getting my nutrition through an IV in my chest that goes to my heart. My US Navy husband has been such a rock throughout all of this I couldn't imagine not being together. 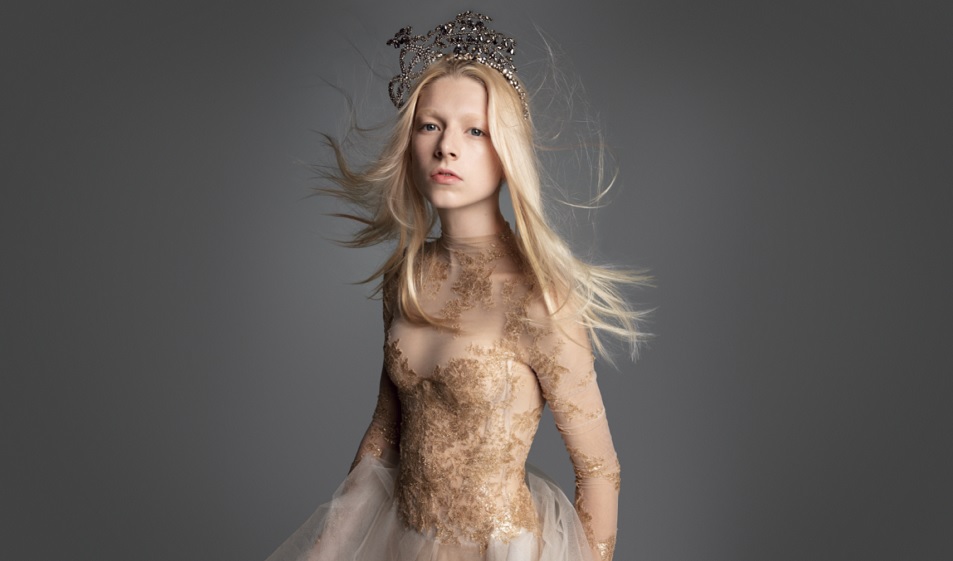 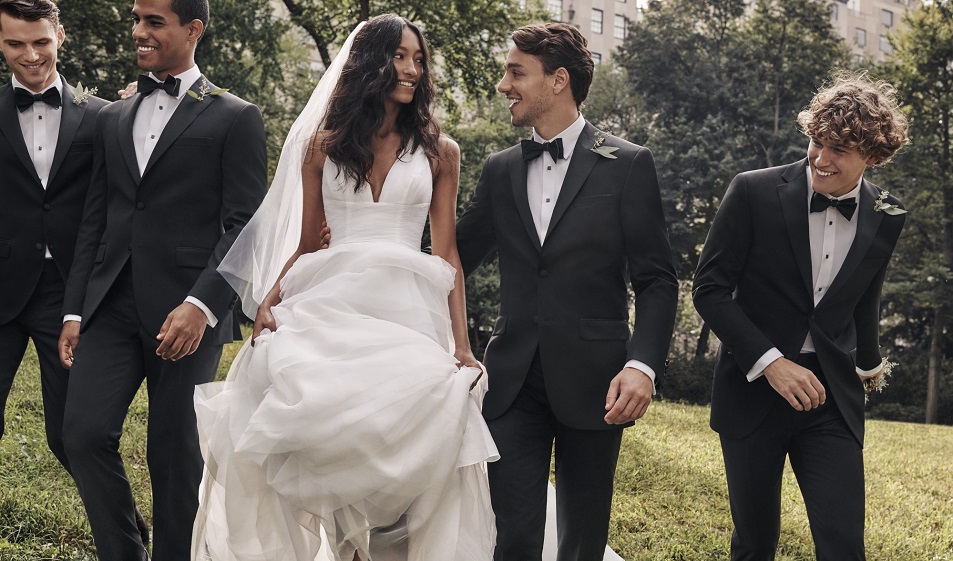 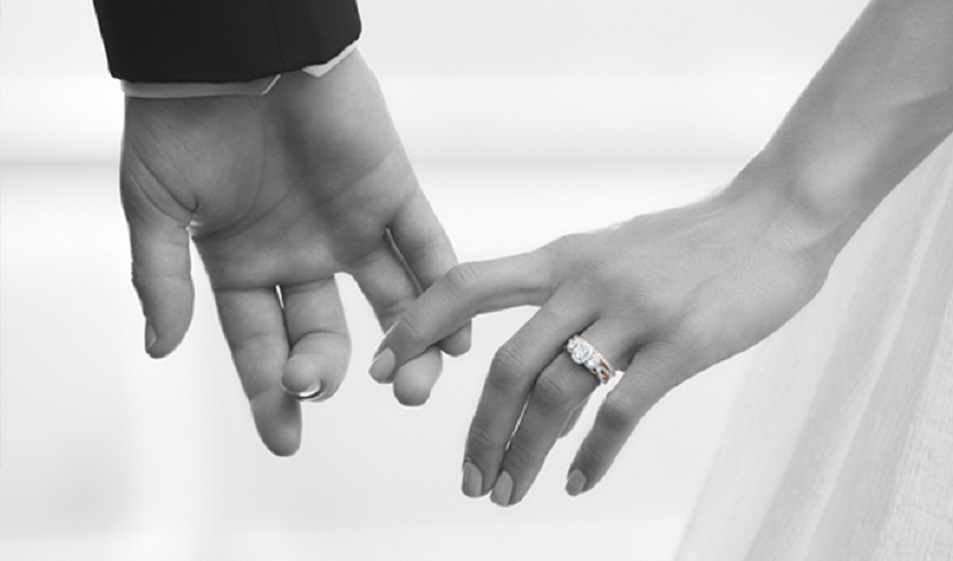 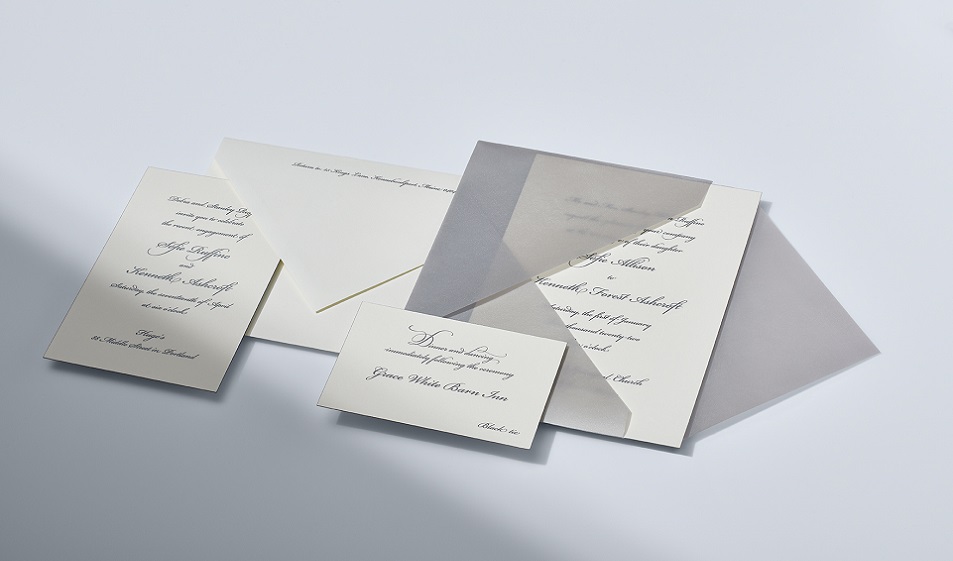 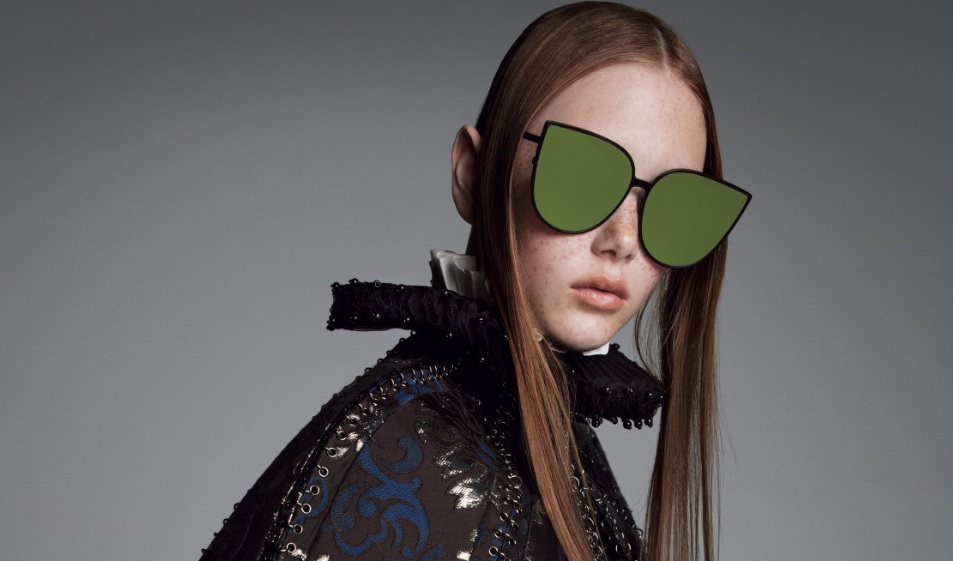 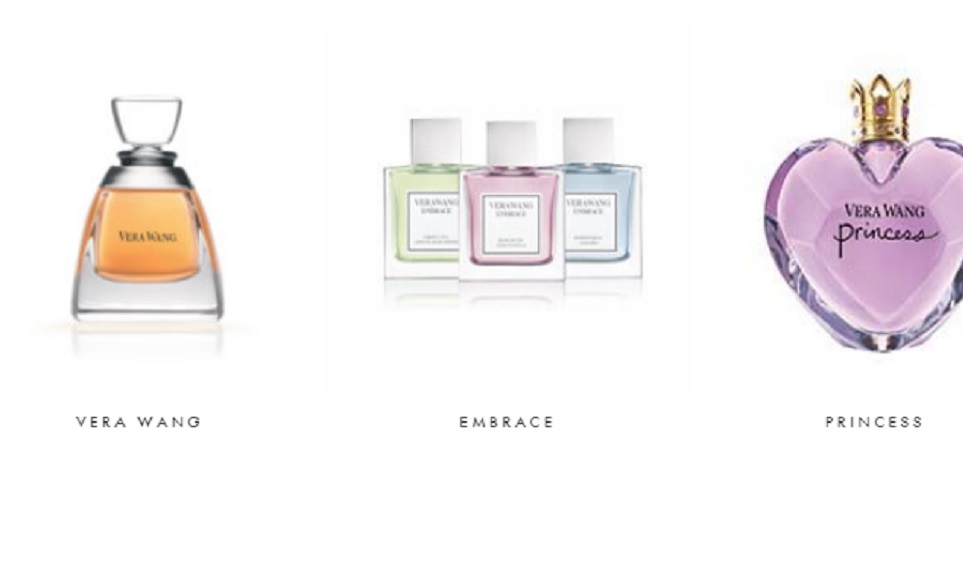 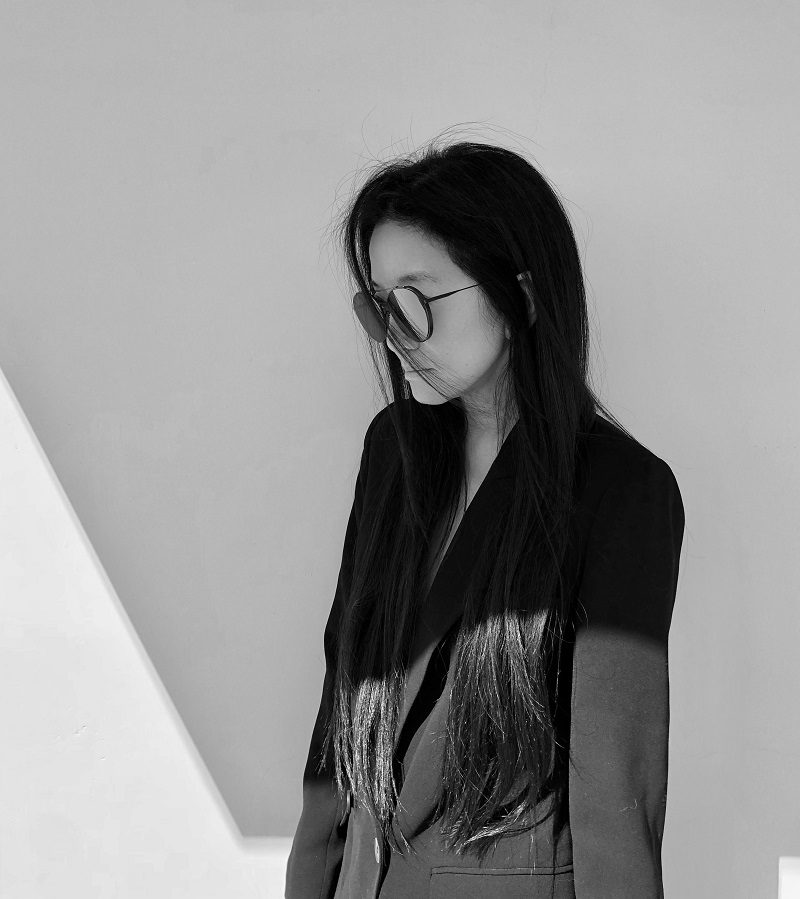 A native New Yorker who spent her career at the forefront of fashion, Vera Wang began a sweeping makeover of the bridal industry in 1990 with the opening of her flagship salon at the Carlyle Hotel in New York City. Today, the salon continues to showcase collections known for sophisticated drama, feminine detailing and a modern approach to bridal design.

Vera Wang is proud to partner with Brides Across America Inc. and express her admiration for the service of the military and first responders. 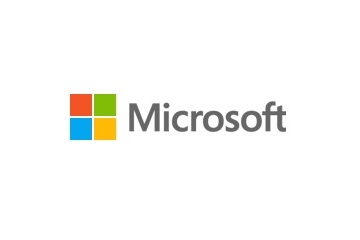 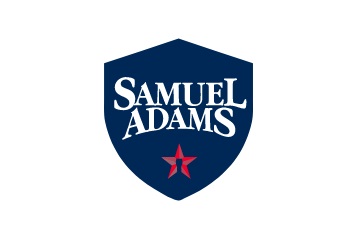 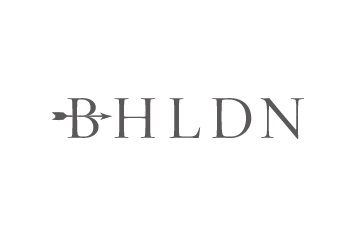 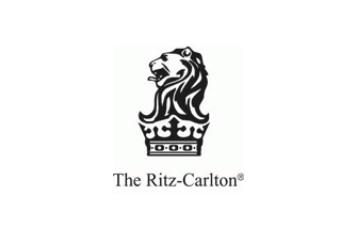 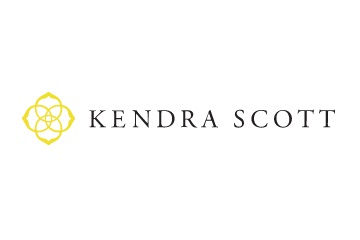 The Vera Wang VIP Bridal Experience is made possible by our amazing partners and sponsors.

Thank you! Your submission has been received!
Oops! Something went wrong while submitting the form.